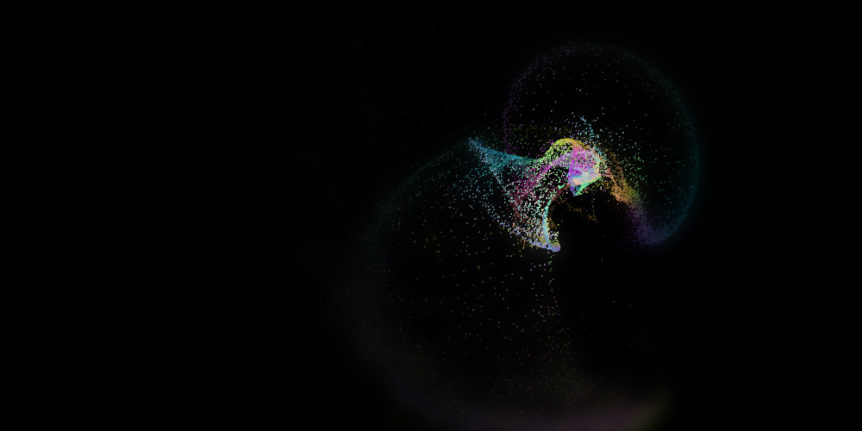 As I looked at the list of posts I knew I’d need to write if I wanted to bring my blog up to date with my work, I knew that the most difficult-to-write one would be the one about Psyia. So I’m writing that first!

Why Psyia Makes Me Sad

The history of Psyia is a microcosm of the history of my journey so far as a human working with VR to satisfy my own creative impulses. I sort of struck gold with a weekend hobby project that wound up turning into an incredibly compelling demo with at best a week or two of polish work. I found myself on the receiving end of a pretty high level of excitement and praise on the VR-related subreddits, which also wound up turning into some very exciting career opportunities including an offer of residency in Berlin and an approach from Google.

But two things that I’ve learned about myself pretty recently got in the way of me capitalising on any of that. They play off each other in a pretty negative way. First, I’ve learned that I’m absolutely terrified of failure. Second, I’ve learned that the standard of failure that I hold myself to is incredibly strict. So rather than putting a final few polishing touches on what was then called GPU-Cubes and getting it up on itch.io for $2.99 by the end of the week, I ended up agonizing over tiny details, procrastinating sorting out Steam tax forms and telling myself that I was just too busy with Liminal work.

Weeks turned to months, the immediate professional opportunities dried up, new contacts went cold, and I started seeing posts like this on reddit (not to mention people messaging me directly asking what was going on). As the months dragged on, Cosmic Sugar and VR Retreat came out, both essentially replicating my work, further discouraging me from working on or releasing Psyia. I absolutely didn’t begrudge the developers of these apps – I decided (after an initial shock) that the fact that people were creating new art based off what I’d released meant that I had made something genuinely good. I was (and am) super thrilled about that. Eventually Chroma Lab came out, which Sean told me he had decided to start working on after trying Psyia. I considered Chroma Lab to be everything that I’d wanted Psyia to be.

As time wore on, it became harder and harder for me to justify releasing Psyia in its current state. I had occasionally replied to messages saying that I was still working on it, and in my mind I assumed that people were expecting I’d been working on it full-time, and that they’d be super disappointed to find that it was basically a nicer version of GPU Cubes. So I told myself I’d release it, but only after I completed my own (impossible to achieve under the best of circumstances) vision for its full potential. Obviously, the longer this process went on, the grander my vision became to justify the additional time period and the more stressful the idea of working on Psyia at all became.

What Did I Actually Add to Psyia?

So that’s why working on, and talking about, Psyia has been difficult for me. It’s become an intensely personal and symbolic project for me – far more important than the experience itself. But despite all that, there are a ton of features in Psyia that weren’t in GPU Cubes, and I have actually been exhibiting it relatively regularly since GPU Cubes initial release (most recently at Burning Seed where I was reminded that despite Psyia representing a lot of pain to me, to others it remains a really positive and powerful experience-in-a-box).

Here’s a launch trailer that never saw the light of day. This video was made sometime in late 2016 or early 2017 – this is what was supposed to be up on Steam a few months after I published the original GPU Cubes Video:

A list of the new features (that I can think of off the top of my head) are:

These features are in two parts. The vast majority of them (about 80-90%) are in the version of Psyia I was trying to upload to Steam during the end of 2016 / beginning of 2017. The rest are pieces I built during the first half of this year. My depression had mostly lifted and I decided to rebuild Psyia from the ground up properly this time in 30 days then release it for free – relieving some of my performance anxiety regarding price. Obviously I didn’t quite get it done in time, but I did introduce some of the more interesting features like particle sorting and support for many-forces. This project I internally called ‘Psyia 2’ even though I planned to release it under the name of Psyia. Here’s some of the tweets from that period:

After two days of hair-pulling, I’ve now got a dynamically-sized, DirectCompute particle system in #unity3d with correct alpha blending. That means textured particles! My respect for people who do this stuff for real knows no bounds. pic.twitter.com/VhStSRnmam

I call this one “The Library” – two non-attenuating Dipole force-fields oriented perpendicular to each other. #psyia #particles #madewithunity #vr pic.twitter.com/Nv5AuPG53t

So my plan for Psyia moving forward?

It’s basically to combine the original Psyia app with all the UI and UX improvements with the new tech features of Psyia 2, and put it on itch.io for free. Then I’ll try and wrangle the Steam distribution stuff again. I’m also planning on open-sourcing it since I’d promised reddit I’d help teach them a little about Compute Shaders.

As for when I’m going to actually have this done by? I’m going to be taking a few weeks away from Computers starting on the 5th of November, and I suspect it’ll be a month of part-time work to actually do what I want to do with Psyia. So let’s say it’ll be done before the end of the year. Nice and achievable. And since Psyia has already failed to be what it should have been, there’s no need for me to be afraid of it failing!

So yeah – wish me luck with that! If you’re reading this because you liked GPU Cubes – thanks for not forgetting about me! <3